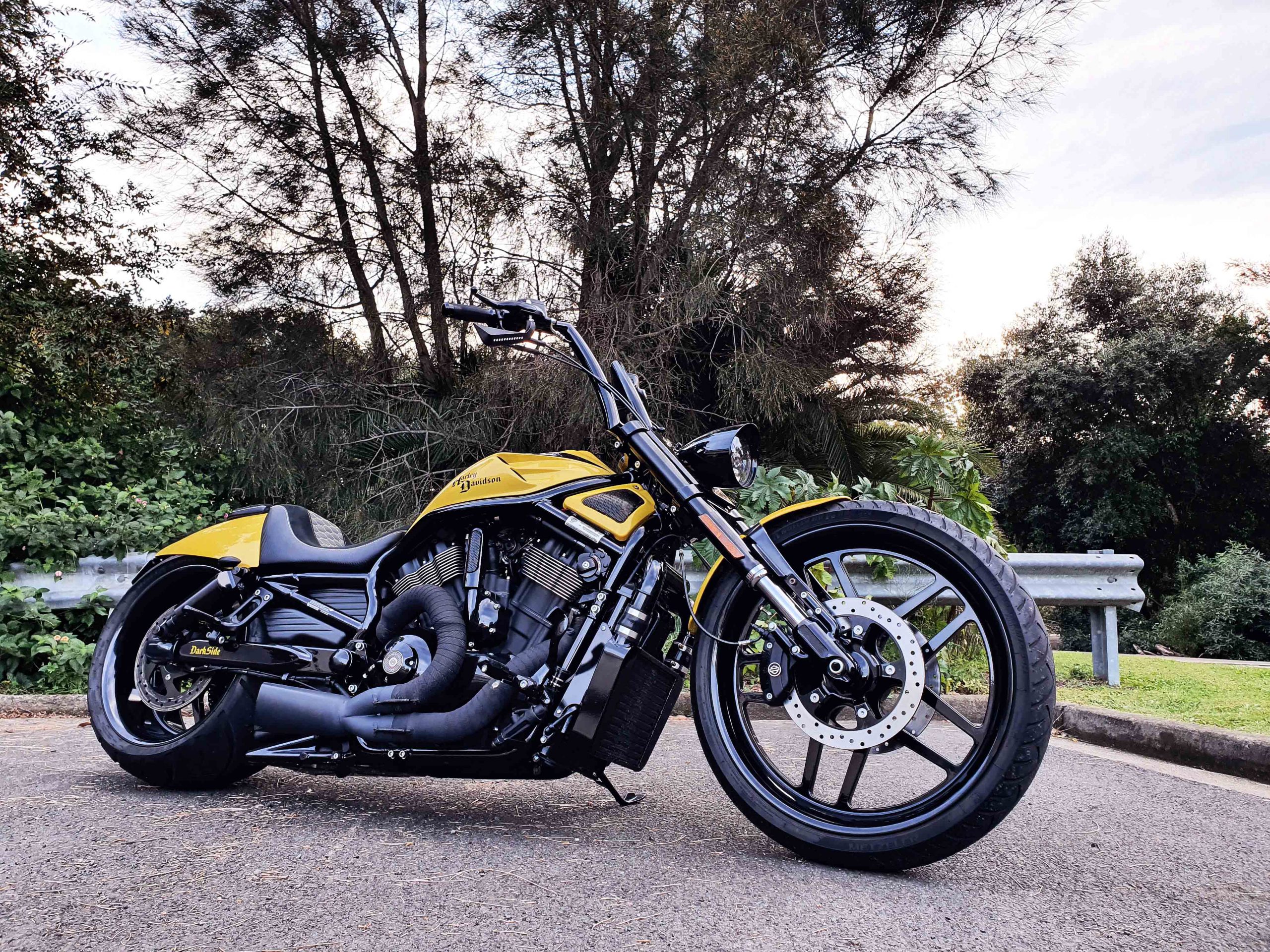 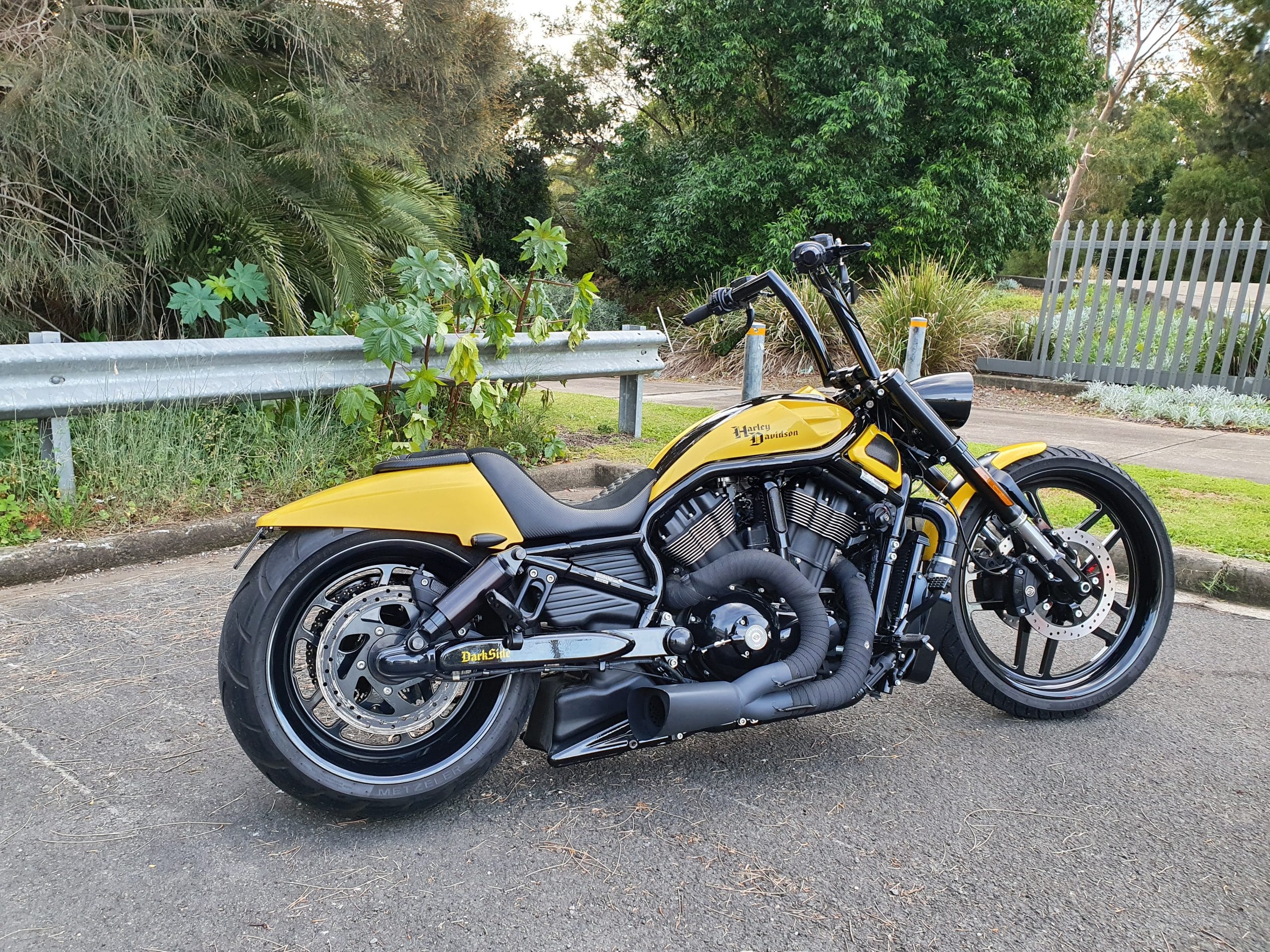 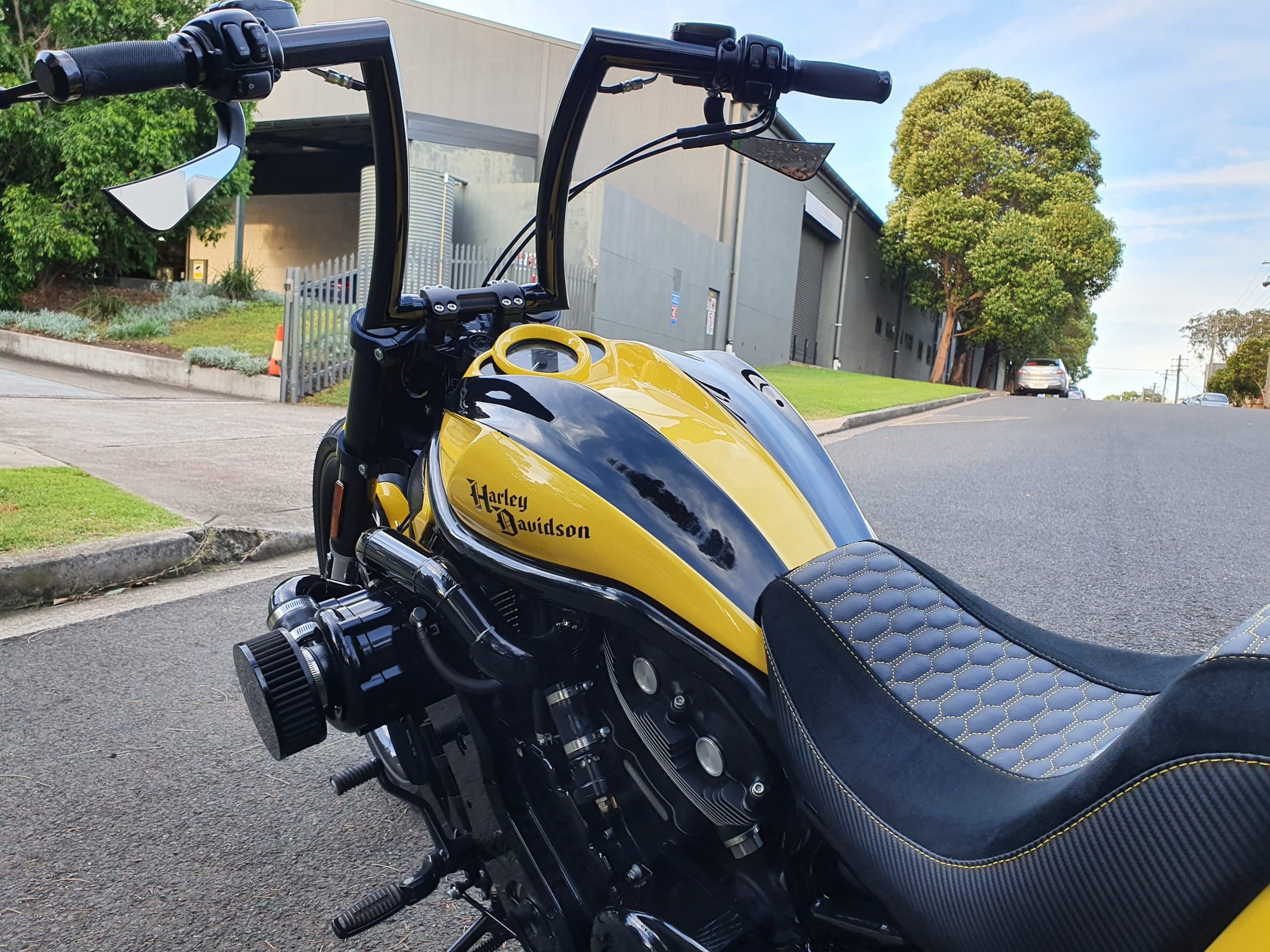 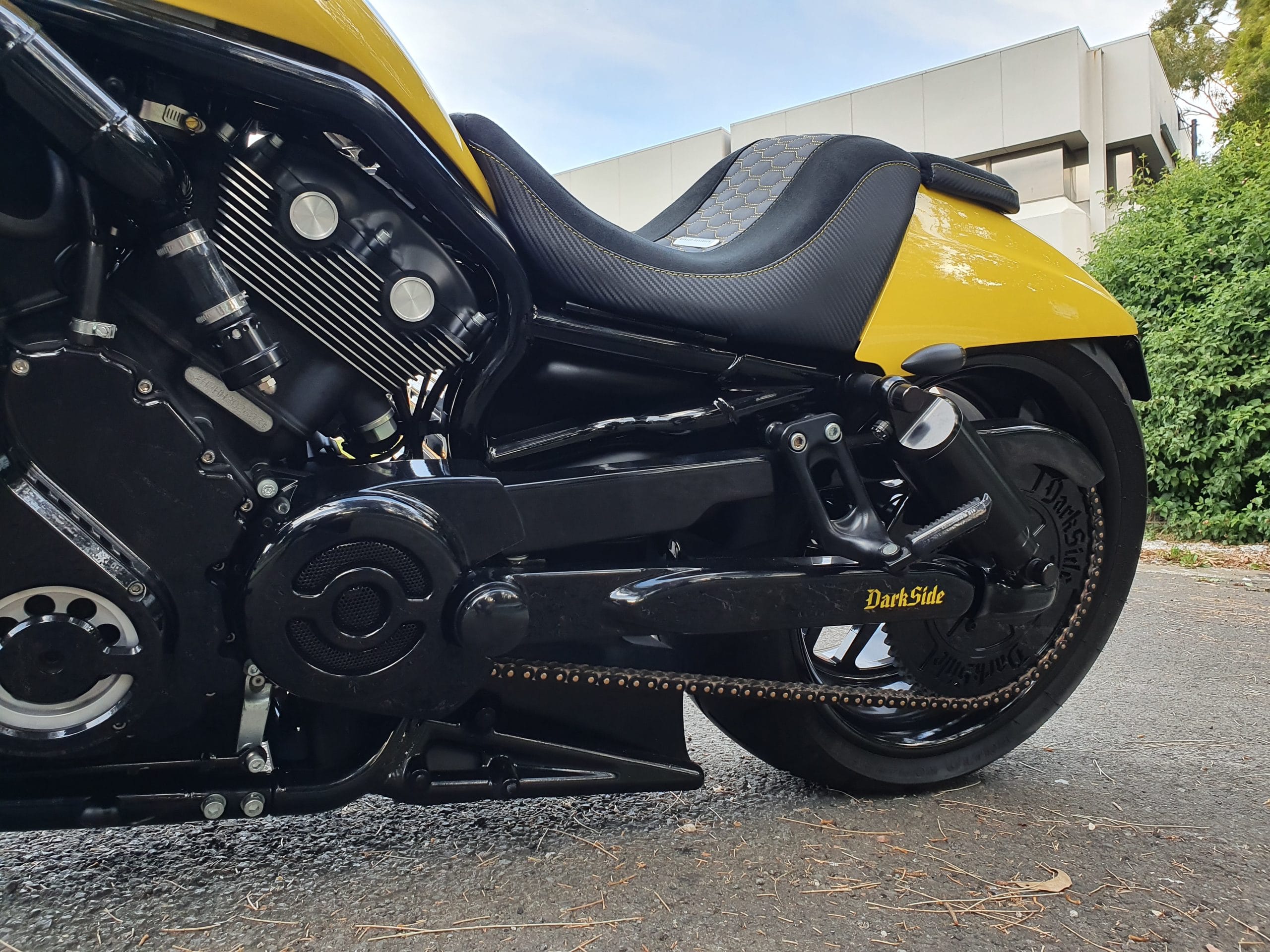 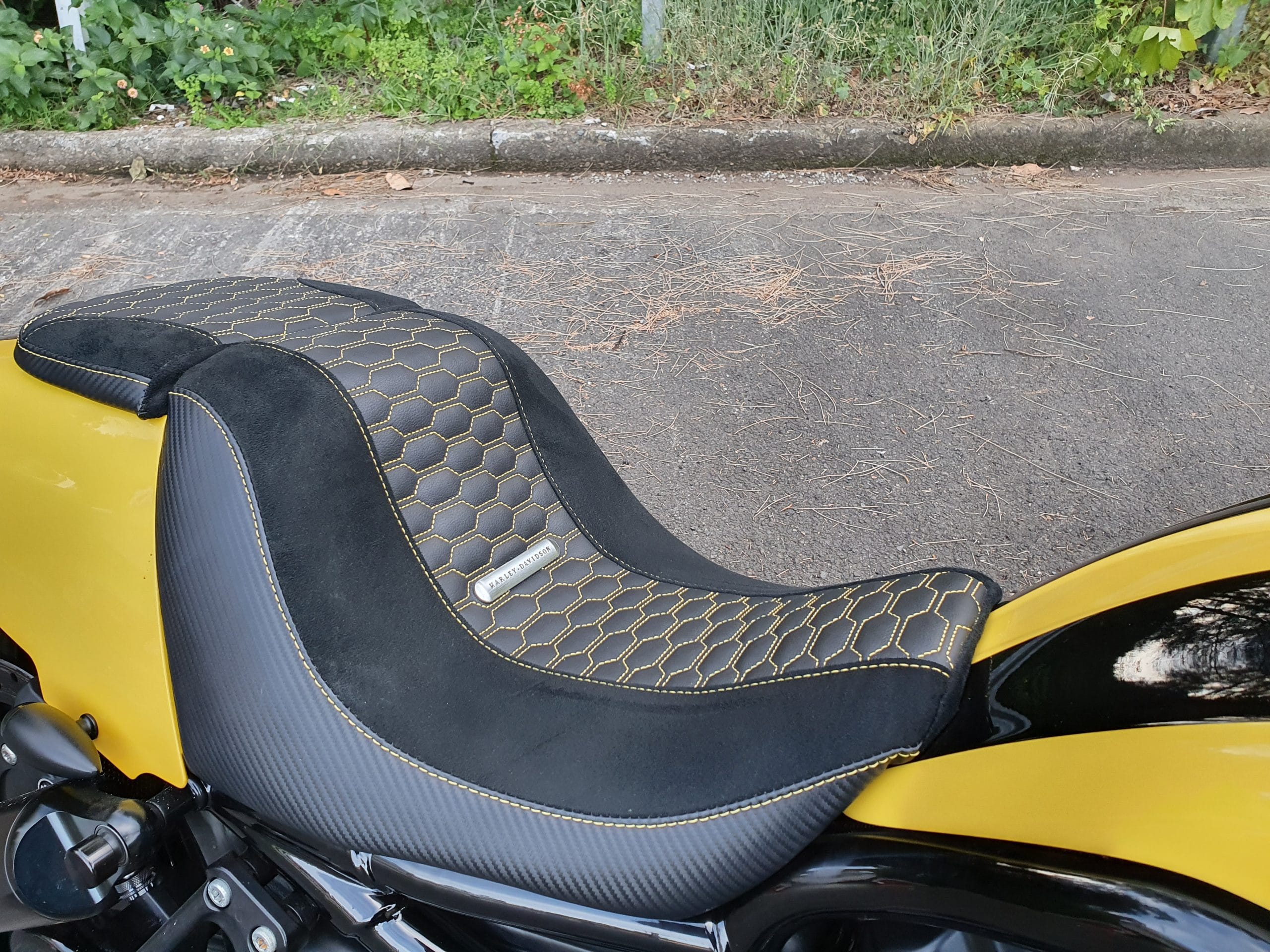 As most people know the VROD was discontinued in 2017 & back then when we heard the announcement we made sure to snap up the absolute last Australian complied bike. Lucky for us it happened to be in Corona Yellow. We sold the bike in its stock form to a great customer of ours, who not long after, decided he wanted a full DarkSide build!
We were given the freedom to complete a long list of tasteful mods, ensuring the bike not only looked the goods but could be ridden hard if he wanted to.

Pushing out a safe 200HP all day every day, while turning heads cruising down the street. There is no mistaking that this is a DarkSide bike, through & through.